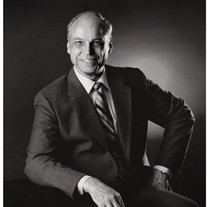 "Some went out to sea in ships; they were the merchants on the mighty waters. They saw the works of the Lord, his wonderful deeds in the deep." (Psalm 107:23–24 NIV) Ronald “Ron” Lamar Geer, 95 of Houston passed away April 16, 2022. Ron was born September 2, 1926, in West Palm Beach, Florida to Marion and Bertha (Lightfoot) Geer. Ron’s great-grandfather Albert Geer was among South Florida’s earliest permanent pioneers who left his Michigan home in 1875 along with his family seeking a place below the frost line where they could cultivate tropical fruits. Foraging down the Florida coastline, Albert found clear water and pristine beaches in what was to become Palm Beach. There he purchased land and settled on its shores where he fashioned a home on the beachfront and built a life for his family in their own paradise. When a ship called The Providencia laden with coconuts from Havana bound for Barcelona was scuttled off the coast in 1878, Albert along with other local settlers lost no time claiming salvage and planting the coconuts from which the city would eventually derive its name. Growing up in his great-grandfather’s Eden undoubtedly cultivated Ron’s early zeal for fishing, sailing and the sea. Upon graduation from Palm Beach High in 1945, Ron enlisted in the U.S. Merchant Marines where he served a two-year stint aboard the SS Tarleton Brown during World War II and first experienced a world beyond the Florida shoreline. At the end his military service, Ron briefly returned home where he met his wife of 61 years, Yvonne during a chance encounter while attending a high school football game with his younger sister, Sybil. A lifelong interest in building things coupled with his athletic prowess led Ron to accept a football scholarship at Georgia Tech, playing offensive and defensive tackle for Coach Bobby Dodd and the Ramblin’ Wreck team. After earning a bachelor’s degree in mechanical engineering in 1951, Ron began a 35-year engineering career with Shell Oil Company as the organization was moving in the direction of marine work—where his passion for the ocean would serve his professional goals. Ron made principal pioneering contributions in the field of offshore drilling and completions technology to Shell’s overall pioneering efforts in developing deep water floating drilling vessels and production systems. In 1969, Shell established the consulting level as the highest professional technical plateau within the company. Ron served as Shell’s inaugural Senior Mechanical Engineering Consultant until his retirement in 1986. He was an active member of many professional organizations, codes and standards developing organizations, and national level advisory committees to industry, academia and government. Included in these are his memberships in the National Academy of Engineering, the Marine Board of National Research Council (Past Chairman) and Marine Technology Society (Fellow, Past President). Ron holds 10 patents and authored numerous technical publications on marine drilling and completion of oil and gas wells. Some of his awards include Honorary Member of the American Society of Mechanical Engineers, The American Institute of Mining, Metallurgical, and Petroleum Engineers Robert Earll McConnell Award and the Offshore Technology Conference Individual Award. He was inducted into the Georgia Tech Engineering Alumni Hall of Fame in 2011. Thoughtful. Craftsman. Perfectionist. Hard worker. These words personify Ron. He didn’t do anything without doing it right and giving it his best. Throughout life Ron was happiest whiling away his free time tinkering in the garage. It was here he confounded both neighbors and coworkers alike when he built a 17-foot tiger striped mahogany sailboat during an early career stop in Midland, Texas—more than 500 miles from the nearest coastline. A fervor for revamping vintage automobiles was kindled during a 1960s career stint in Los Angeles after his son Ron Jr. purchased a 1930 Ford Model A roadster to fix up during his high school years. Over the next 40 years, Ron’s devotional hobby to antique autos would result in turnkey restorations of three different Ford Model A’s and a 1956 Ford Thunderbird—each winning awards and recognition at the highest national level for commitment to restoration integrity and authenticity. This avocation became the genesis of countless lifetime friendships and another avenue where his esteemed know-how was sought from peers and his service as a fine-point judge was frequently summoned by organizations sponsoring antique auto shows and meets held throughout the U.S. Ron was immensely generous both with his time and resources. He was a lifelong advocate for education having experienced the benefits of his own as a first-generation college graduate. Ron is survived by his son Mark and his wife Julie, grandson Sam and his wife Caelin, grandson Will, great-grandson Wiley, and nephews Gary and Greg Widell and their extended families. Preceded in death by his wife Yvonne (Chappell) Geer, eldest son Ronald Geer Jr., sister Sybil (Geer) Widell, niece Nancy Widell and his parents. The family would like to extend their gratitude to the staff and caretakers at Brookdale Galleria where Ron called home in the latter years of life. In lieu of flowers, the family asks that gifts be made to support the Model A Ford Foundation or the General Memorial Fund through the Texas A&M Foundation. A family gathering to honor Ronald’s life will take place later in West Palm Beach, Florida. Ron’s final wish was to have his ashes scattered in the ocean off the Florida coast to travel the Gulf Stream in perpetuity. From a July 1945 letter written to Ron by his father while away at sea, “Mind the wheel, watch the compass, see which way the wind blows and take advantage of it.” — May God richly bless you. ****

"Some went out to sea in ships; they were the merchants on the mighty waters.... View Obituary & Service Information

The family of Ronald "Ron" Lamar Geer created this Life Tributes page to make it easy to share your memories.

&quot;Some went out to sea in ships;
they were the merchants on the...

Send flowers to the Geer family.