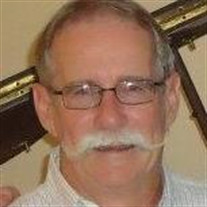 Where to begin with a man that lived life large. He worked hard, he played hard, he loved unconditionally. Steve was born in Sparta, Wisconsin to his parents, Leland and Genevieve Forristall. His Dad was career Military, which led them to Frankfurt until Steve was six. He then moved to San Antonio. He graduated from Alamo Heights in 1965. His High School classmates became his lifelong friends. He graduated from the University of Texas and was a member of the Kappa Sigma Fraternity. Again, his fraternity brothers became his lifelong friends. The stories from the Kappa Sig house are legendary. He was able to watch his beloved Longhorns football game right before the Lord called him home. He started his own business, Forristall’s G.T Cars, in 1971 in Houston. His love of cars and racing led to 48 years of buying and selling classic cars beyond his wildest dreams. Many of the cars that came through his dealership now reside in museums around the world. Steve spent many years vintage racing at tracks across the United States. Steve married his wife, Margaret, on July 10th, 1982. Together, they were able to travel to races and other car events, which brought a whole new circle of friends and fun. Margaret never watched a race. She stood behind the stands and friends would keep her updated on his place in the race. Their daughter Elizabeth came along in 1985. He loved and adored his Ebeth. He never missed a ballet recital or dance team event. He and his Ebeth were kindred spirits. He would come home from an exhausting day to have Elizabeth fix him “French Onion Soup” in her play kitchen. When she was older, she loved going on a “Sunday Drive” with her Dad in one of his race cars. Stephen Jr. arrived in 1990. Having a son made his world complete. His son grew up on Gran Prix and Lemans instead of Disney and Looney Tunes. Coaching Little League was a total joy. Margaret and Steve spent many years sitting in Baseball bleachers. Watching his son play baseball kept him young and energized. He loved his children and gave them the space and support to follow their dreams and choose their own paths. When their son married Samantha (actually Sam), their family only grew larger and more joyous. Having his two precious Granddaughters, Grace and Audrey, brought an unimaginable phase of happiness. Being Iya, was the best job in the world. He and Gracie would huddle together over an art project which usually got Iya in trouble because in his world Gracie could do no wrong. His last visit with one-year old Audrey ended with three nose kisses as he walked out the door. His feet did not touch the ground for days. He was also Iya to many great nieces and nephews. There was always a line for tickle time with Iya. He will be missed by, Margaret, Elizabeth, Stephen and Sam, Grace and Audrey, sister and brother-in- law Immy and Joe Hill, nieces and nephews-in law, great nieces and nephew, many cousins, and a vast plethora of friends. Matthew 25:23 “His master replied, ‘Well done, good and faithful servant! You have been faithful with a few things; I will put you in charge of many things. Come and share your master’s happiness!’”

Where to begin with a man that lived life large. He worked hard, he played hard, he loved unconditionally. Steve was born in Sparta, Wisconsin to his parents, Leland and Genevieve Forristall. His Dad was career Military, which led them to... View Obituary & Service Information

The family of Stephen Alan Forristall created this Life Tributes page to make it easy to share your memories.

Where to begin with a man that lived life large. He worked hard,...

Send flowers to the Forristall family.