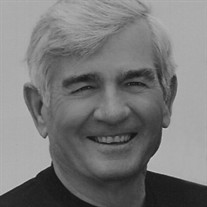 Thomas Joseph Bevans passed away peacefully at home with family on July 3, 2019. He was born on January 17, 1934, to Josephine and Thomas Bevans in Cliffside Park, New Jersey. As the son of a naval officer, he resided in many cities, graduating from St. Louis College Prep in Honolulu, Hawaii. Tom then entered the Trappist Monastery, Abbey of the Holy Trinity, in Huntsville, Utah. Later he studied at Loyola University of New Orleans, where he secured business and law degrees, graduating in 1964. Tom joined the FBI as a special agent, where he spent almost 27 years, serving in Denver, Los Angeles, the field office of Pasadena, Calif., and Houston. After retiring, he practiced law for many years, providing significant pro bono immigration work for beloved friends of the Archdiocese of Galveston-Houston and from Vietnam. He is survived by Kathleen, his wife of 58 years. Tom is the father of Mary Kay Schroff (Clint), Tom Bevans (Lisa), Beth Looney (David), Allyson Sutton (David), and Chris Bevans (Patti). He is the beloved PaPa of Michael Schroff, Kelli Joiner, Ryan Bevans, Shannon Looney, Pete Looney, Lauren Sinclair, Erin Sutton, Will Bevans and Colin Bevans and great-grandfather to Matthew Joiner and Luke Sinclair. Tom was predeceased by his sister and brother, Ruth Duperret and Peter Bevans. A member of St. John Vianney Parish since moving to Houston, he also enjoyed attending Holy Rosary Parish in Galveston. Tom was actively involved in the Serra Club of Houston and served as its president. He was also an active member of the Retired FBI Agents Association of Houston. Tom served on the Board of Trustees of the Scanlan Foundation and also as its President. He was awarded President Emeritus status of the Foundation on March 4, 2019. Tom was a most beloved husband, father, grandfather, great-grandfather, son, brother and friend to everyone who knew him. A funeral mass in celebration of Tom’s life will be held on July 19, 2019, at 10:30 a.m., at St. John Vianney Catholic Church, 625 Nottingham Oaks Trail, in Houston. In lieu of flowers, please remember Casa Juan Diego or Saint John Paul II School.

Thomas Joseph Bevans passed away peacefully at home with family on July 3, 2019. He was born on January 17, 1934, to Josephine and Thomas Bevans in Cliffside Park, New Jersey. As the son of a naval officer, he resided in many cities, graduating... View Obituary & Service Information

The family of Thomas Joseph Bevans created this Life Tributes page to make it easy to share your memories.

Thomas Joseph Bevans passed away peacefully at home with family...

Send flowers to the Bevans family.