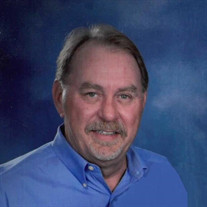 Tracy Strimple (55), of Richmond, TX passed away on Saturday, January 27, 2018 at his weekend retreat in Port Mansfield, Texas. Tracy was born March 25, 1962 in Bay City, Texas. He is preceded in death by his father, Delbert and is survived by his wife, Joyce; three sons, Hunter, Gavin, and Grant; mother, Yarva; sister, Wendy and brothers, Mike and Doug. Tracy was a true Texan – a giant of a man with a heart of gold who was raised and lived in the Houston area for most of his life. He attended Robert E. Lee High School where he was an HISD decorated lineman on the football team. After finishing Taft Junior College in California where he also played football, Tracy moved back to Houston where he met and married the love of his life, Joyce in 1991. Tracy and Joyce made their home in the Richmond area where they raised their 3 boys. Tracy owned Baggage Plus, a well-respected courier service that served the airline and legal community for more than 3 decades. He was a passionate outdoorsman who loved to hunt and fish with his sons and friends at anytime he could. He relished sports and his drive to see his sons succeed led to a life of coaching football and baseball. He never missed a single game and could always be spotted standing in the same place for his sons at every football or baseball game. Tracy’s ability to fix anything was legendary and he was the go-to person for anyone who knew him. Everyone knew he would go out of his way to help family, friends, neighbors or anyone in need. For any crisis or emergency, broken down car or failed piping, your problems became his problems, no matter how large and you could hear the sighs of relief when he took over. Tracy’s family and friends knew him to be a strong, intelligent, funny man with a huge heart who loved to talk and never met a stranger in his life. He was an incredible and devoted husband, father, son, brother and friend to so many people. His spirit of love and caring was inspiring and will live in all of us forever. A Memorial Service celebrating Tracy’s life will be held Saturday, February 10, 2018 at 2:00 PM at Calvary Episcopal Church, 806 Thompson Road, Richmond, TX 77469. A reception will follow services on the church campus. In lieu of flowers, please contribute to the American Heart Association or the charity of your choice.

Tracy Strimple (55), of Richmond, TX passed away on Saturday, January 27, 2018 at his weekend retreat in Port Mansfield, Texas. Tracy was born March 25, 1962 in Bay City, Texas. He is preceded in death by his father, Delbert and is survived... View Obituary & Service Information

The family of Tracy Strimple created this Life Tributes page to make it easy to share your memories.

Tracy Strimple (55), of Richmond, TX passed away on Saturday,...

Send flowers to the Strimple family.