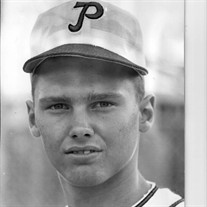 On December 26, 2021, 9:53pm, Vincent O’Connell Kouns found eternal rest. He lived life as a loving, faithful Catholic husband, father, brother, and friend. A man could not have left a better legacy. Diane S Kouns faithfully stood at his side from High School to this sad but beautiful ending. Married for more than 55 years, Diane often told people, “To know Vince, is to love him.” Together they created a wonderful and loving family that produced Vincent O Kouns Jr, Kathleen Morris, Megan Suermann, Andrew Kouns. Additionally, they were blessed with 14 grandchildren and 2 great-grandchildren (so far). An extraordinary athlete, Vincent earned the Julius Lewis award for top student/athlete at Christian Brothers High School in Memphis, TN. He was team captain for three High School State Champion teams. Vince attended Notre Dame University with a baseball scholarship. He later graduated from Rhodes College in Memphis on an athletic scholarship for both football and baseball. He continued organized league basketball well into his thirties. Additionally, He was often awarded the “Longest Drive” at most of the golf events throughout his business career. Vincent’s greatest accomplishment was his marriage to Diane S. Kouns for over half a century and the family born from it. Known as “Dancing Bear” during numerous years of “Indian Guides and Princesses,” no horse was too small to ride and no fish too small to catch. Known as “coach” for many baseball, basketball, and soccer teams. Best known as “Daddy” and the grandfatherly epithet “Da-da-da.” His ongoing love and support of his wife and family was exemplary. Vincent set the standard for all his children. Visitation will be held Thursday, January 6, at 6pm located at Dettling Funeral Home, 14094 Memorial Dr, Houston TX 77079. Vigil will commence at 7pm. A Funeral mass will be Friday, January 7, at 10:30am at St. John Vianney Catholic Church, 625 Nottingham Oaks Trail, Houston, TX 77079 Memorial donations may be made to Dan Marino Foundation for Autism ( https://danmarinofoundation.org/ ).

The family of Vincent O'Connell Kouns created this Life Tributes page to make it easy to share your memories.

Send flowers to the Kouns family.