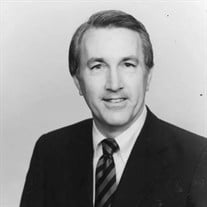 William Albert “Bill” Cropper, 82, of Houston passed away Saturday, January 15, 2022 at his home, surrounded by his family. Bill was born November 15, 1939 in Beaumont, Texas to Joseph and Julia Sonnier Cropper. He is survived by his wife of 54 years, Genon Oliver Cropper; children, William Albert Cropper, Jr. & wife Lucia Richardson Cropper, Jenna Cropper Benner & husband Chris, Ryan Thomas Cropper & wife Lauren Hall Cropper; grandchildren, Trip Cropper, Caitlin Cropper, Pierce Benner, Bo Benner, Brooks Benner, Thomas Cropper, Ellie Cropper, Mary Carter Cropper and Jonathan Cropper; sisters, Delores Briggs, Jan Nordstrom & husband Jon; sister-in-law, Katie Schatzlein & husband Ron. He is also survived by nieces, nephews and extended family and good friends. Bill grew up with his brother Joe and three sisters (Sonya, Delores and Jan) in Beaumont, Texas. Upon graduating from St. Anthony High School in 1957, he left home for Texas A&M University. The years he spent there in the Corps of Cadets left an indelible mark on him that would later spread to his future family. He received his Bachelor of Business Administration in 1961 and later earned his Master of Business Administration from Lamar University. After completing his studies, he went to work for Gulf States Utilities where he rose to Treasurer. In 1979 he moved to New Orleans, LA where he worked for Middle South Utilities as the Director of Finance. In 1983 he moved the family to Houston where he finished his career in the utility business with Houston Lighting and Power (later Houston Industries) as Vice President of Finance and Treasurer. Bill retired in 1996 and with Genon, started his second career as a custom home builder under the name of Oliver Homes LP. The two built many homes in the Memorial area until their retirement in 2006. Bill loved Genon all his adult life. He loved spending time with his family and friends, particularly if good food was involved. He loved his nine grandchildren, Aggie Football and he had a passion for designing and building homes. The sadness of his passing is only assuaged by our memories and the knowledge that we will all be together again in heaven one day. The Funeral Mass will be celebrated Friday, January 28, 2022 at 10:00 AM at St. Michael the Arch Angel Catholic Church, 1801 Sage Rd, Houston, TX 77056. The Holy Mass will be live streamed at https://youtu.be/i4UR3y4N0uc

William Albert &#8220;Bill&#8221; Cropper, 82, of Houston passed away Saturday, January 15, 2022 at his home, surrounded by his family. Bill was born November 15, 1939 in Beaumont, Texas to Joseph and Julia Sonnier Cropper. He is survived... View Obituary & Service Information

Send flowers to the Cropper family.