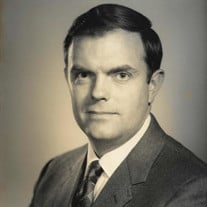 William (Bill) Moore, 80, of Houston passed away Thursday, February 11, 2016. Mr. Moore was born November 29, 1935 in Philadelphia, PA to William and Dorothy Moore. He is survived by his loving wife of 59 years, Sallie; children, Karen Moore, Jeff Moore, Steve Moore & wife Tina; grandchildren, Kendall, Kassie and Kaylee Moore. Bill was raised in Philadelphia and attended Lehigh University where he studied Engineering. He met the love of his life, Sallie in Bethlehem, PA while they were both in school. They married in the Pennsylvania area and began their family. In 1971, Bill’s career took him and his family to Houston where they remained and raised their family. He spent much of his career working with the San Jacinto River Authority as a Chemical Engineer. Bill was a very creative and adventurous man who loved to dance, fish, take long runs, birdwatch, backpack and camp in the outdoors. He loved his Doberman Pinschers and all the animals in the household. His friends and co-workers called him honest and trustworthy, a man of his word. Bill was loved by those who knew him and will be greatly missed. A Memorial Service celebrating Bill’s life will be held Wednesday, February 17, 2015 at 2:00 PM at Dettling Funeral Home, 14094 Memorial Drive, Houston, TX 77079. In addition to the customary remembrances, the family suggests contributions in Bill's memory to the Doberman Pinscher Rescue at www.doberman.rescueme.org/Texas

The family of William Joseph Moore Jr. created this Life Tributes page to make it easy to share your memories.

Send flowers to the Moore family.